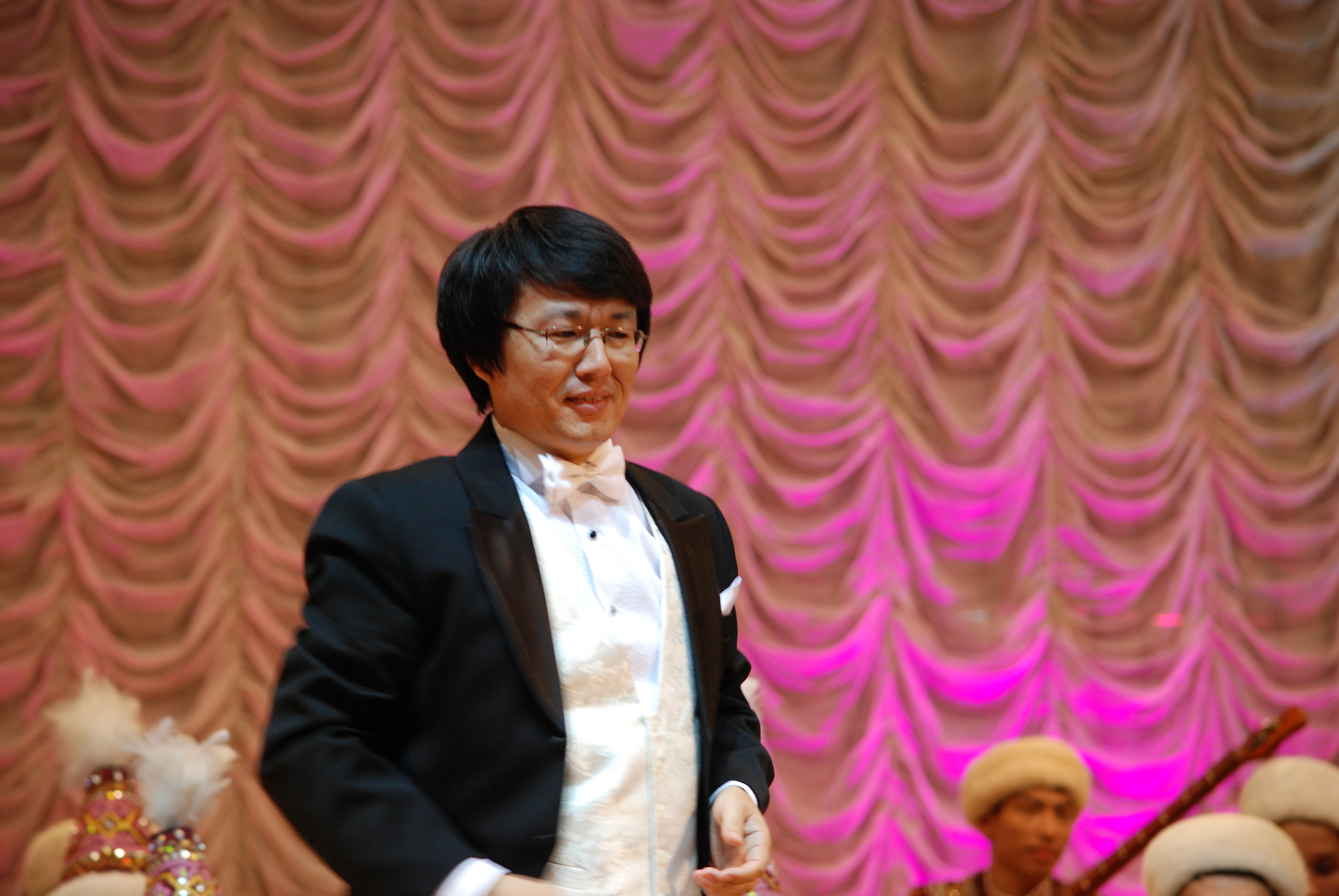 Conductor of the State Academic Symphony Orchestra of the Republic of Kazakhstan and N. Tlendiyev’s Otrar Sazy Academic Folklore and Ethnographic Orchestra

In 2010, graduated from the Kurmangazy Kazakh National Conservatory majoring in Opera and Symphony Conducting.

In 2014, received his Master of Arts degree in Opera and Symphony Conducting from the Kurmangazy Kazakh National Conservatory, class of Prof. B.A. Zhamanbayev.

In 2016, enrolled as a PhD student with the Kurmangazy Kazakh National Conservatory.

In 2008 – 2014, worked as Art Director and Conductor of the Symphony Orchestra of A. Zhubanov’s National Kazakh Specialized Musical Residential School.

In 2008, under the direction of Conductor V. Papian, took traineeships with the Ashdod Symphony Orchestra (Israel) and in 2009 – with the Gnessin Russian Academy of Music.

Since 2008, Conductor of N. Tlendiyev’s Otrar Sazy Academic Folklore and Ethnographic Orchestra. Debut concert was given in the Meguro Persimmon Hall (Tokyo, 2008).

Since 2009, Conductor of the Republic of Kazakhstan State Academic Symphony Orchestra. Gave his first concerts in Israeli cities of Rishon LeZion and Ashdod.

Since 2011, Art Director and Conductor of the Symphony and Pop-and-Symphony Orchestra of P. Tchaikovsky’s Almaty Music College.

In 2010-2012, worked as the Conductor with the Abay Opera House (Kazakh State Academic Theatre of Opera and Ballet, Almaty).

Compiler of such anthological collections as the Mangilik Saryn (Eternal Music) Anthology of Dombyra Kyuis (2007), Thousand of Kazakh Traditional Kyuis (2009), and Shahnama (2013).

He is a recipient of the Diploma of Merit from the Republic of Kazakhstan Culture and Sport Ministry and the Kyzylorda Region Akim.

He has given numerous interviews published in the nation-wide periodicals. He is also the author of a number of articles on traditional orchestral music.